AP is Your Community Partner for People & Planet

Partners, Alliances, Individuals & Mentors who share our values are building a global movement that will change the world for PEOPLE. for PLANET. for THEM!

(PURCHASE MUSIC from our Video here: Better Together by, Jack Johnson)

HEY COLLEGE MENTORS! YOU'RE SO IMPORTANT TO AP! That's why we create ways for you to Volunteer, Participate & ACTIVATE with BIG IMPACT! 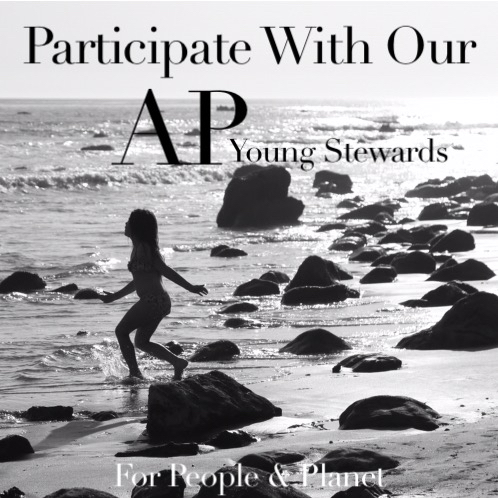 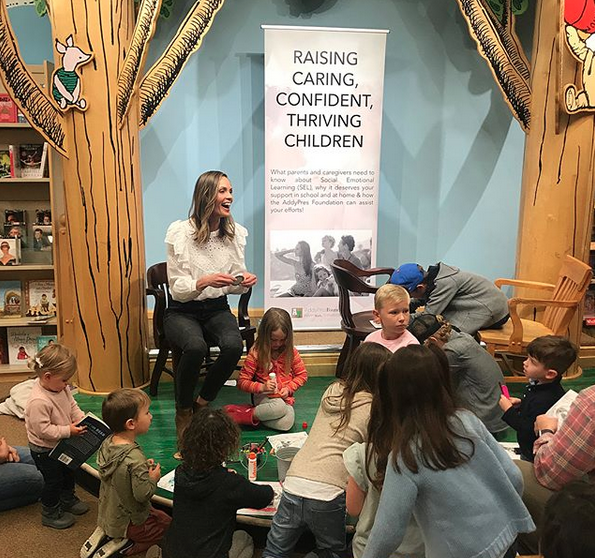 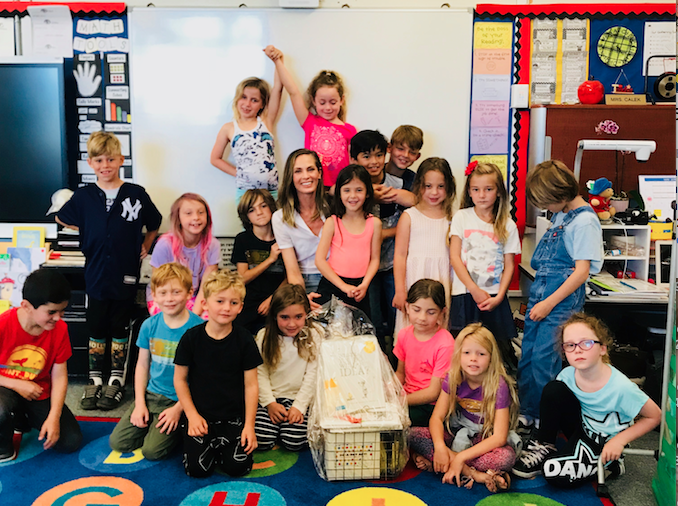 "AddyPres Foundation is the bridge we've been looking for between theory and the reality of our children's future. Barnes & Noble is proud to be a community partner with AddyPresLifeSTYLE on this crucial journey to help sustain our planets future through thriving, mindful children & families."--- Jenny, Community Business Development Manager, Barnes & Noble

YOUR MENTORSHIP, ignites sustainable solutions in schools with youth who continue to build and activate these solutions in their homes and communities from WHAT YOU INSPIRED, utilizing the APYS Toolset! AND, through the APYS College Mentor Program, you also invite educators to join the AP SCHOOL GIVE PROGRAM gaining support for their schools!

LEADERS OF THE FIELDS WE VALUE 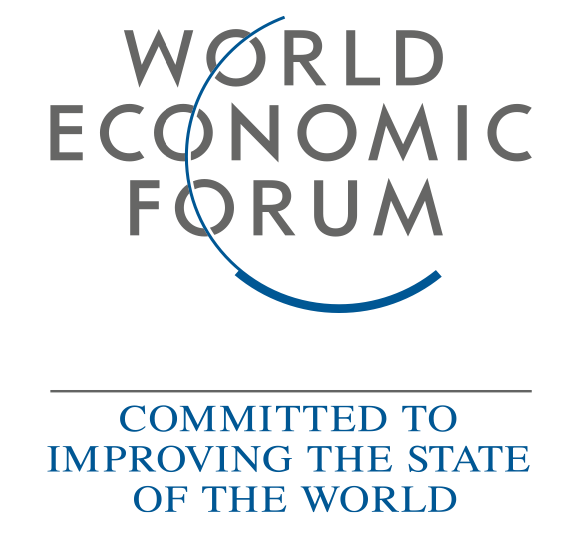 The United Nations is an international organization founded in 1945.  It is currently made up of 193 Member States.  The mission and work of the United Nations are guided by the purposes and principles contained in its founding Charter. Due to the powers vested in its Charter and its unique international character, the United Nations can take action on the issues confronting humanity in the 21st century, such as peace and security, climate change, sustainable development, human rights, disarmament, terrorism, humanitarian and health emergencies, gender equality, governance, food production, and more. By enabling dialogue between its members, and by hosting negotiations, the UN has become a mechanism for governments to find areas of agreement and solve problems together.

The World Economic Forum is the International Organization for Public-Private Cooperation. The Forum engages the foremost political, business, cultural and other leaders of society to shape global, regional and industry agendas. Established in 1971 as a not-for-profit foundation the WEF is headquartered in Geneva, Switzerland. It is independent, impartial and not tied to any special interests. The Forum strives in all its efforts to demonstrate entrepreneurship in the global public interest while upholding the highest standards of governance. The Forum believes that progress happens by bringing people together from all walks of life who have the drive and the influence to make positive change, and AP shares this belief.

THESE are the frameworks that will prepare our children for LIFE, these are the tools that will positively change our world.

EDUTOPIA: 25 YEARS OF EDUCATION THAT WORKS

THE RESOURCE for education that works, Edutopia is dedicated to transforming K-12 education so that all students can acquire and effectively apply the knowledge, attitudes, and skills necessary to thrive in their studies, careers, and adult lives. Founded by innovative and award-winning filmmaker George Lucas in 1991. EDUTOPIA Homepage, offering weekly updates for Educators & Families.

MindUP is a teaching curriculum and framework developed by the Hawn Foundation. Goldie Hawn created MindUP with educators, for educators, because she wanted to help them improve student focus, engagement in learning academics and give them tools and strategies that would bring JOY back into the classroom. We, at AddyPresLifeSTYLE greatly advocate for the MindUp framework in K-8 classrooms, having trialed the program with our own educator contributors!

Common Sense Media is the nation's leading nonprofit organization dedicated to improving the lives of kids and families by providing trustworthy media information, education, and an independent voice they need to thrive in the 21st century. 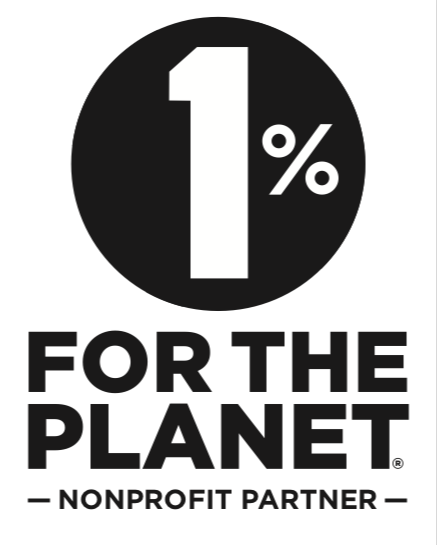 The Regenerative Organic Alliance is taking organic certification to a level that will impact the health and regeneration of our soil, value animal welfare, fairness to farmers & workers, and contribute to solutions for our environmental crisis. We urge our community to learn more about the important work this alliance is accomplishing for the planet we will hand to our children.

Through our 1% For The Planet Global Nonprofit Partnership, we are able to CONNECT our EDUCATOR RECIPIENTS to some of the most impactful environmental organizations and responsible companies in the world. Through this alliance we participate in building the stewards of tomorrow, by supporting them TODAY.

For almost 40 years, Patagonia has supported grassroots activists working to find solutions to the environmental crisis. But in this time of unprecedented threats, it’s often hard to know the best way to get involved. Patagonia Action Works connects individuals with it's environmental grantees, in order to take action on the most pressing issues facing the world today.

The Committee for Children is a field leader in Evidence Based Social Emotional Learning Programs and advocacy. Educators, please download the Committee for Children's FREE SEL ebook, featuring perspectives from a number of leading teachers, administrators, researchers, and education experts on how social emotional learning prepares children for school, the workplace and LIFE. Most exciting is the recent launch of their cutting edge Second Step Middle School Program.

Because restless learners change the world, EdX is our FAVORITE online education platform. Developed by Harvard & MIT this platform has coursework developed for 21st century careers and offers professional development certifications, micro bachelors & masters degree program pathways with free access to education that unlocks learner potential without the barriers of cost or location.

We LOVE many of the YSA tools, built to empowering kids to improve the world. YSA's mission is to help all young people find their voice, take action and make an impact on vital community issues like KINDNESS. YSA offers grants and funding opportunities for schools, learn more on their YSA Resources page, grab your age appropriate guide and GET INSPIRED!

Welcome Parents & Caretakers! Becoming an AddyPres Member gains you many helpful resources and tools to support your thriving family goals, including our free Solver6 For Families! Become a member now and gain access to our tools & guides, family & educator workshops, & funding opportunities for your child's school!

AddyPres is proud to be a Plastic Pollution Coalition Member & 1% for the Planet Nonprofit Partner.  READ MORE.

AddyPres is your community partner for THRIVING, HAPPY Kids!

For access to our free resources, enriching activity programs and funding opportunities from AddyPres!